International Financial Reporting Standards (IFRS) is the international accounting framework within which to properly organise and report financial information. IFRS was established by the International Accounting Standards Board (IASB) to create a common set of rules, ensuring financial reporting is consistent, transparent and comparable globally.

Do I Need to Comply With IFRS?

IFRS 16 is an accounting standard which effectively puts all leases, both operating and finance, on the balance sheet as an asset and a liability. This standard became effective from January 2019.

Creating Visibility Across Your Balance Sheet.

There’s been a long-held belief that operating leases were always just an expense. As a result, often this wasn’t shown on a company’s balance sheet. Therefore, many felt this was a distortion of your balance sheet because you would still have an inherent obligation to pay for a lease that wasn’t actually listed. Now, this has been amended to create visibility of leases across your balance sheet.

How do I Know if IFRS 16 Applies to my Organisation?

For most organisations, if you are turning over revenue of over AUD$30 million, you would need to adopt IFRS accounts. It is important to note there are different limits in different countries, however; if you have reached the threshold and are using IFRS accounts, you will need to comply with IFRS 16.

The Impacts of IFRS 16 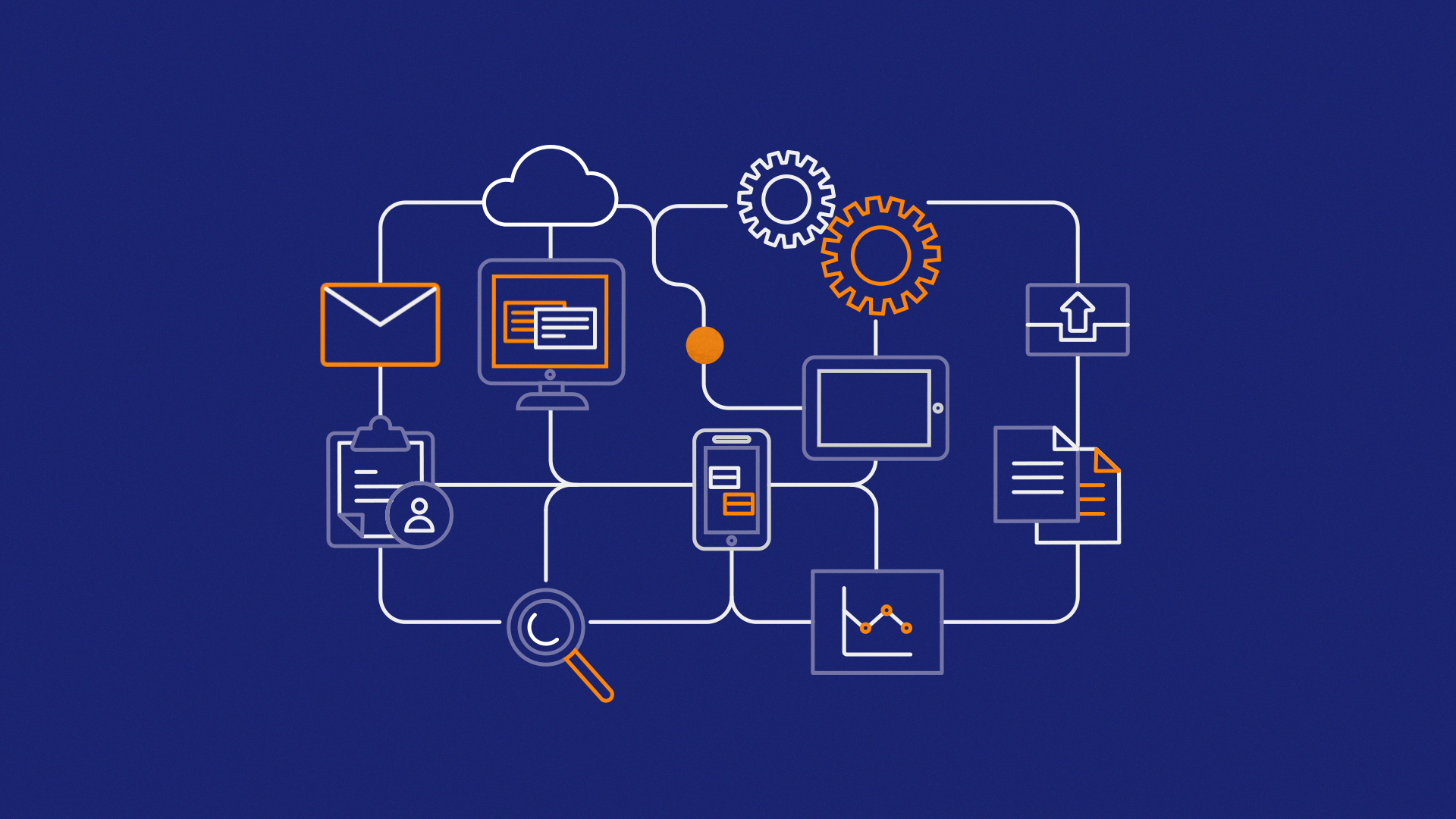 The Definition of a Lease Under IFRS 16

As nearly all leases are accounted for “on-balance sheet”, leases are no longer classified as an operating lease or finance lease in the same way they were under IAS 17. Instead of being based on risk and reward, the classification of leases focus on control of the right of use asset.

In order to provide greater clarity on the identification of a lease contract, IFRS 16 includes a revised definition that states a lease as:

A contract, or part of a contract, that conveys the right to use an asset (the underlying asset) for a period of time in exchange for consideration.

A lease exists when a customer controls the right to use an identified item, which is when, the customer:

Agreements that were formerly considered leases under IAS 17 no longer meet the IFRS 16 specification and vice versa. Identifying leases is important for all entities as not all contracts, such as service agreements, are included in the scope of IFRS 16, which in turn affect what assets and liabilities are recognised on the balance sheet. 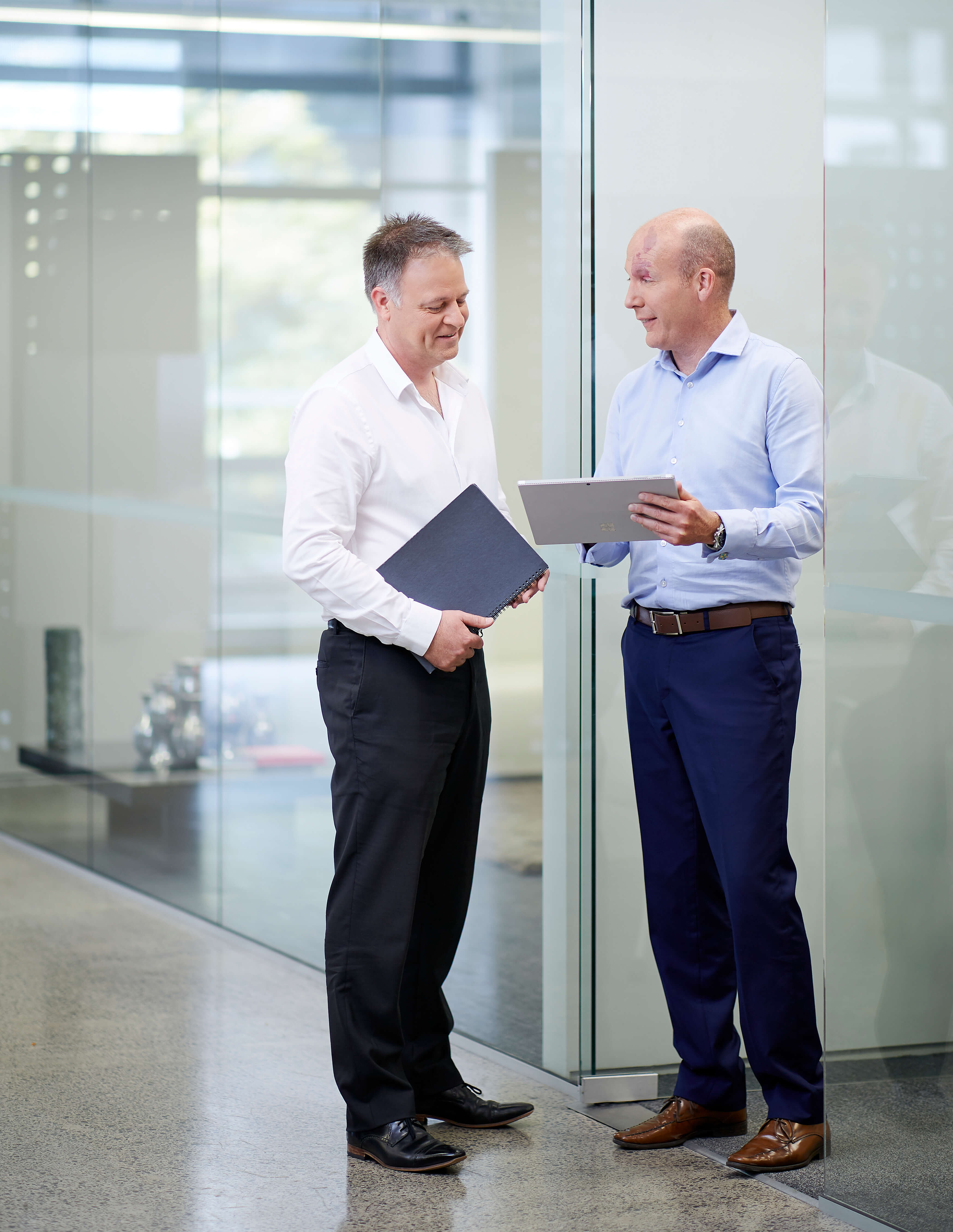 Treatment of Contracts With Lease and Service Elements

Under IFRS 16 these separate elements should be split and allocated based on a relative stand-alone price. If the exact price of the breakdown is unavailable, lessees have two options. Either to use an estimate based on observable information (e.g. a price based on an existing agreement’s breakdown or similar contract from the supplier) or to use the optional practical expedient. Using this latter method, lessees have the option to account for a lease component and any associated non-lease components (e.g. service element) combined as a single lease component.

Whilst it is possible for a service contract to contain a lease, an identified lease can not be treated as a service. Also, if an entity chooses to use the practical expedient for one class of underlying asset, they must use it for all other leases of this asset type. 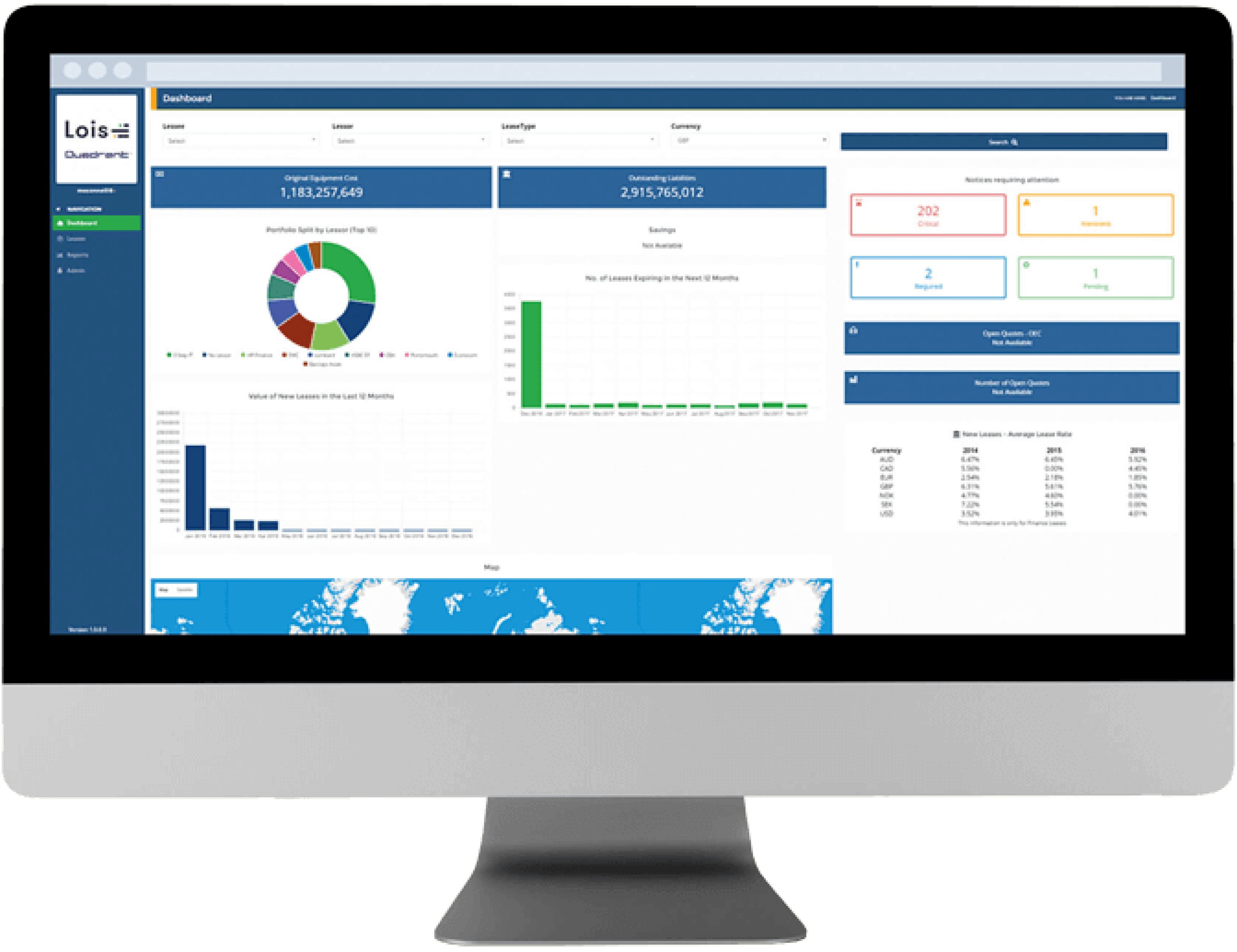 To reduce the costs and operational demands of implementing IFRS 16, the IASB included exceptions and modifications. IFRS 16 introduced an estimated US$2.8 trillion of lease commitments to global balance sheets, but did not include all leases as entities were not required to report:

LOIS refers to Quadrent’s Lease Optimisation Information System. This Saas Solution is a fully integrated portfolio and asset management tool for all your IFRS 16 lease accounting compliance. We operate it under a master agreement. Plus, we’re the only supplier in Australasia.

LOIS is a powerful solution that delivers all the tools and functionality needed to extract, validate and report on all the critical data within a lease portfolio that is required for full compliance to both IFRS 16/AASB 16 and FASB ASC 842. By loading all of your lease data onto LOIS, you’re easily able to analyse your entire portfolio and identify what leases are impacted by the standard.

Companies that use LOIS to manage and enhance their lease portfolio are able to produce all the accounting information required to accurately complete the financial statements obligatory for compliance; including income statement, cash flow and balance sheet. LOIS will generate complex calculations for you at the touch of a button.

LOIS will provide users with all the necessary tools, features and reporting capabilities needed so that they are able to effectively communicate and collaborate with the key stakeholders of their organisation. Whether that’s by receiving automated alterations and notifications, running reports that form part of their readiness or impact assessments, or identifying areas within a portfolio that can be optimised – LOIS is the perfect partner for compliance.

Let us show you how easy it is to save time and costs. Clients such as Vodafone, South 32 and QBE are IFRS 16 compliant using LOIS. 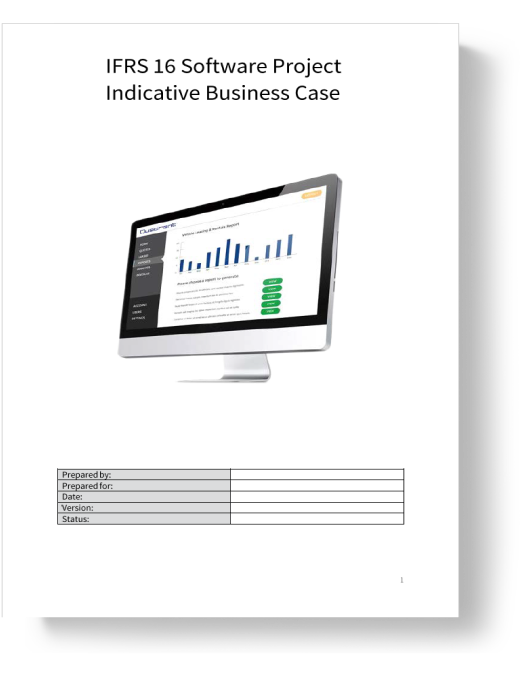 Make the case for change and get the investment signed off by your senior decision-makers using our editable business case template. 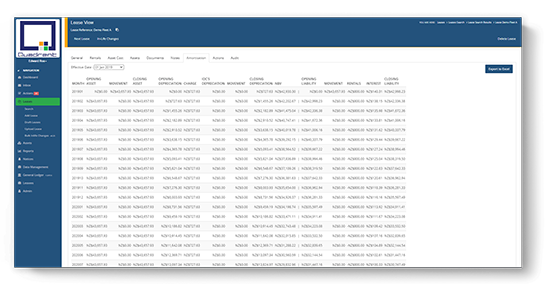 Worried about your IFRS 16 accuracy?

Compare the results of your NPV workings for your most complex lease against what our LOIS lease accounting solution would automatically calculate.